The requirement to set the date of this Christian festival drove much of the early astronomy and calendar reforms. The standard astronomical algorithm for the date is now “the first Sunday after the full moon (paschal moon) that occurs upon, or next after, the vernal equinox“. However, because the rules were set by the Christian clergy before the dates of the equinoxes could be defined accurately, the vernal equinox for this calculation is always taken as 21 March. See Meeus or Duncan in Sources for a full algorithm. The extreme dates of Easter are 22 March and 25 April

eccentricity (of the Earth’s orbit): [ec, EC] a measure of the relative sizes of the major and minor axes of the Earth’s elliptical orbit. ec = 0.01671… in the year 2000 and is slowly decreasing. ec = 0 would imply a circular orbit. The earliest accurate value was found by John Flamsteed, the first Astronomer Royal, in about 1700 (most of his results were only published after his death in 1707).

eclipse(of the Moon or the Sun): the phenomenon which occurs when the Earth (or at least the observer’s location), Sun and Moon lie on a straight line. If the Moon lies in the ecliptic plane between the Sun and the Earth, a solar eclipse occurs (either full, partial or annular, depending on the relative distances). If the Earth lies between the Sun and the Moon (i.e. at a full moon) a lunar eclipse is seen.

The plane that the Earth’s orbit traces during a year. The orbits of the Moon and the planets are also close to this plane. It is the plane in which eclipses occur since, by definition, the Sun is always on the ecliptic. It is a great circle on the celestial sphere.

[d, ELAT] is the position of a body on the celestial sphere, measured along the great circle from the ecliptic. Positive to the north, negative to the south, range –90º to +90º. It is part of the ecliptic co-ordinate system.

[e, ELON] is the position of a body on the celestial sphere measured around the ecliptic from the vernal equinox positive to the east. Range 0º
to 360º. It is part of the ecliptic co-ordinate system.

A conic section and the path the Earth follows during a year (neglecting only the small perturbations caused by the moon and the other planets). It is defined by two foci, and by a major and a minor axis. A circle is a special case of an ellipse with the two foci coincident, and the major and minor axes equalling the diameter. The elongation of an ellipse is characterised by its eccentricity. Also, the outline shape of an analemmatic dial.

A closed geometric surface obtained by rotating an ellipse around its major or minor axis.

elongation (of the Moon): : the angle of the Moon relative to the Sun, as viewed from an observer on the Earth. The term may also be applied to the planets. An elongation of 180º implies a full Moon.

epact (number): the number of days past the full moon on the 1st January of any year in a 19-year metonic cycle (the period before the Sun and the Moon are again in the same relative positions in the constellations). Epact tables are found on old dials, particularly portable ones, in conjunction with lunar volvelles and calendars. In conjunction with an almanac, they can be used to predict the date of Easter.

A table of predicted positions of celestial objects as a function of time. Astronomical almanacs invariably include an ephemeris for the Sun.

An obsolete definition of a second used between 1955 and 1965, based on the Earth’s speed of rotation. Now replaced – see second (of time).

epicycle: a small circle whose centre moves around the circumference of a larger one. It was proposed as
the shape of the orbit of some of the planets by Ptolemy.

A particular fixed instant used as a reference point on a time scale for astronomical calculations, e.g. J2000.0 or noon 1 Jan 2000 (2451545.0 JD). The word epoch also occurs on some dials, for example, in tables for calculating Easter.

[E, EoT] the time difference between Local Apparent Time (apparent solar time) and mean solar time at the same location. Its value varies between extremes of about +14 minutes in February and –16 minutes in October. It arises because of the elliptical orbit of the Earth, and the tilt of the Earth’s axis to the ecliptic. The preferred usage by diallists is:

but this sign convention is by no means universal and the opposite sign is used in modern almanacs. Irrespective of the sign convention adopted, sundials will always appear slow compared to mean time in February, and fast in October/November. See Equations. 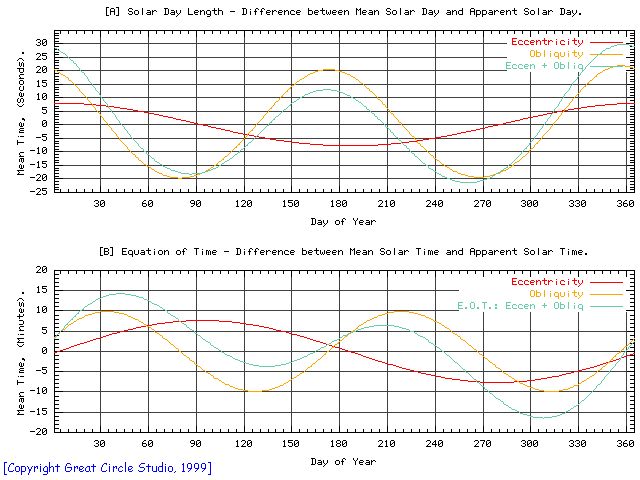 Figure 5. The Equation of Time and its components.

EoT varies continuously, but is usually tabulated for noon each day at a particular location. Hence values for America (e.g. as printed in the NASS Compendium) can be a few seconds different from those in Europe. The noon EoT on a particular day varies slightly over the leap year cycles (4, 100, 400 years), and more significantly over millennia.

The first published tabulation of the EoT was by Christiaan Huygens in 1665, but the knowledge of its existence probably goes back to Ptolemy. The first Astronomer Royal, John Flamsteed (1646-1719) produced the first English tables in 1672.

Can also be expressed as an equivalent hour angle

A point in Ptolemy’s model of the solar system around which the Sun and the planets rotate.

The great circle of the Earth (or other celestial body) which is equidistant from the poles. It has, by definition, a latitude of 0º.

A mount for an instrument (e.g. a telescope) which has one axis parallel to the polar axis and another at 90º to this (the declination axis). The diurnal motion of a celestial body can be followed by rotation about the polar axis alone. A polar-pointing gnomon could act as the axle for such a mount.

The plane through the Earth defined by the equator.

equinoctial line (on a dial)

Is the line followed by the shadow of a nodus on the equinoxes. For a plane dial, it is a straight line perpendicular to the sub-style.

Literally “equal nights” i.e. equal amounts of daylight and night-time. Astronomically, the points where the plane of the ecliptic cuts the celestial equator, or the moments when the Sun is at these positions. The vernal ~, around 20-21 March, is also called the First point of Aries and represents the zero of ecliptic longitude and right ascension. Thus the Sun has an ecliptic longitude of 0º or 180º at the ~. Day numbers of the Earth’s orbit are usually counted from this point. The autumnal equinox is around 22-23 September, and has a right ascension of 12h. The Sun’s declination at the equinoxes is 0º. See Figure 1.

establishment (of a port): the interval between the time of the moon passing the meridian and high tide at the port. It is indicated on some equiangular dials which can indicate the times of the tides (tidal dials).