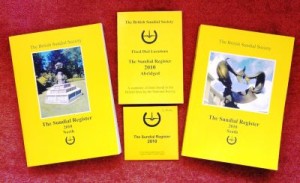 The Fifth Edition of the Register was published in 2010. It lists the 6,700 recorded dials of the British Isles by County and was published in three versions. The full printed version, in two volumes, contains about 6,600 thumbnail pictures of the dials. An abridged, more portable, single volume edition was also printed and a searchable DVD edition was issued as well. See Books and Publications for information on how to obtain these. 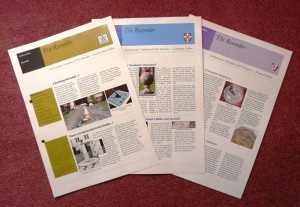 For the annual Conference in 2003, our Registrar, Patrick Powers, created a new publication which he called The Recorder.  It was a most attractive four-page booklet, filled with interesting short articles on the Register, our recording members, and the dials.  It has now become an annual tradition, which I am glad to continue.  To see past issues, click below:

In most issues of the Newsletter, there has been a short piece from the Registrar.  See the Newsletter page for more information.